These days, there is nothing which cannot be Googled. Even our own name. Try it. Not that it’s a bad thing entirely, but... well, sometimes, I think that people didn’t coin the phrase “ignorance is bliss” for no reason.

As “lawyers by profession”, it’s natural to be curious about most things. It really is. It’s when you’re not inquisitive enough that gets you into trouble because it shows how few factors you take into account to analyse a particular matter.

But too much “curiosity”? It doesn’t only kill the cat, it also qualifies one to be a “busybody”. And I cannot stand “busybodies” especially when they have no business to be so curious about something to begin with. And especially so when they really don’t know how to do so with class.

Time and time again, each time we get a new addition to our “so-called Adv family”, as in really new and fresh from the oven kind of new, when they come by for their courtesy calls and ask me for tips to survive in the Department, I tell them the first rule of thumb; WE ARE HERE TO WORK, SO WORK.

Everything else is secondary. Whether or not your boss is strict or funny or clever or any other adjective you can possibly think of is besides the point. First and foremost, to gain trust, you must be (1) hardworking (2) smart (3)tactful (4) discreet.

And most people think (as I did initially) that being smart comes first. What people forget is that despite this being a free country and everything, humility is key. It doesn’t matter if you have a CGPA of more than 3.5, you don’t know a thing about working life and the politics that come with it. No matter how much you hate the politics or dodge it, it’s something you cannot avoid entirely. So, work. Just work. After all, isn’t that why we all got out of bed for in the first place?

I find that the “new generation” come into the working place with preconceived thoughts and impressions about the people in it. About the work of place I can fathom because you must know why you chose a particular organisation, but people in the organisation whom you hardly know let alone ever met?

It’s okay if you know what to do with such knowledge, but to come in and judge even without knowing that person first? And to spend hours on end talking about other people? To me that’s just plain wrong. You’re here to work. If you’re lucky, you get to make friends and those friendships last a lifetime. What I can tell is that no one comes in to work to make enemies. So, what’s up with the non-stop gossiping about people at work, with people at the same working place? Especially about people who you clearly don’t have any real idea about?

Don’t you have any work to do?

And don’t you have an inkling of an idea of how dangerous it is to talk about people at work with people at work? Especially those you have just met at work? Eventually, your identity will leak and people will know what kind of a person you are. And there goes the trust. Whatever else you do won’t matter then, because people will know you’re such a blabber mouth, there’s no way in hell you’re going to get to do anything confidential or important enough to put you on a different pedestal than others.

Maybe it’s just in my nature to gossip “selectively”. Maybe it’s just in my nature to work my butt off each time I get an assignment. I have had my moments of being at the bottom of the wheel and that’s normal. But I work, because that’s why I come in every morning. As far as I am concerned, I have not made any enemies. And so, to me, if anyone wants to prejudge me without even knowing me, they don’t deserve my help, knowledge or guidance.

They can pretty much drive themselves down a ravine and I won’t give a damn.

Shy to comment? Well, never mind! Your reactions mean the world to me! Make me smile today :) 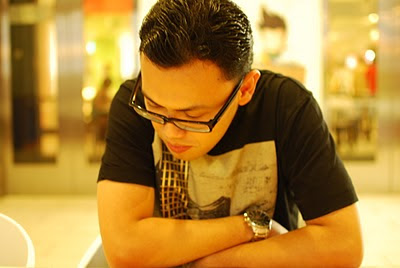 tell me, will you stay. or will you run away?